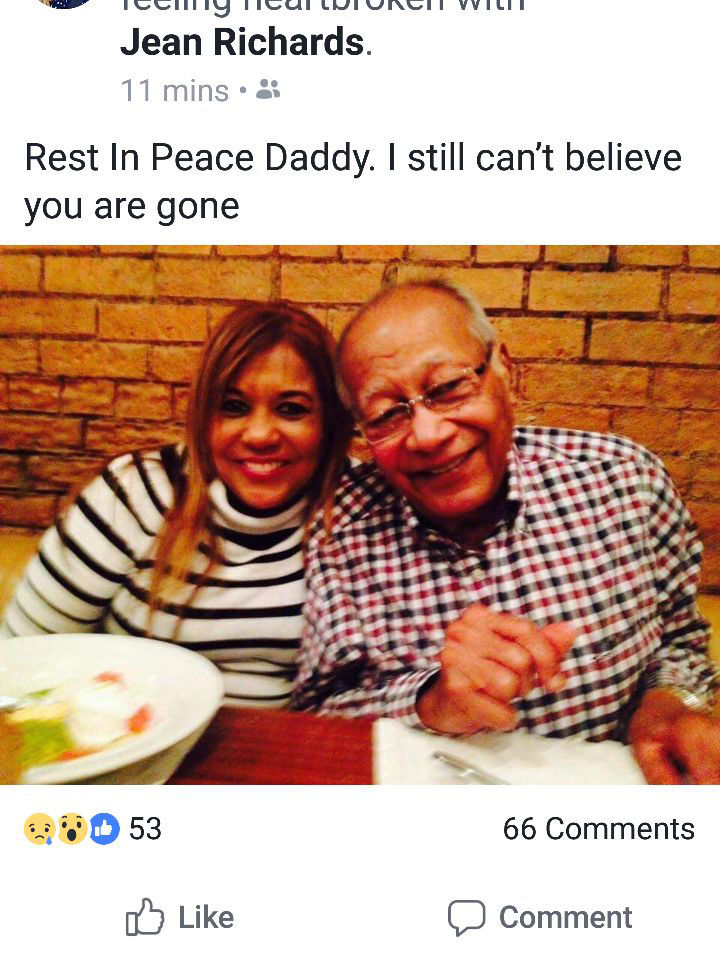 Former President of T&T, George Maxwell Richards, has died. His family has confirmed that he suffered a heart attack earlier today and died at the West Shore Medical Complex.

George Maxwell Richards was born on December 1st 1931 in San Fernando. He attended the Queens Royal College and then furthered his studies at the University of Manchester where he graduated with a degree in Chemical Engineering.

Richards returned to Trinidad and worked for Shell Trinidad Ltd from 1957 to 1965. He went on to become the Principal of the University of the West Indies’ St. Augustine campus.

Taking office as the fourth President of Trinidad and Tobago in 2003, Richards often lamented the crime situation, calling on both authorities and citizens to unify for the good of the country. He was also well known for his involvement in T&T’s culture and his fondness for Carnival. Richards would often be seen playing mas on Carnival Monday and Tuesday with the citizenry. He also hosted the annual Max Richards and Friends All Inclusive Fete.

His office saw its share of controversy when all the members he appointed and swore into the Integrity Commission resigned shortly after taking up their instruments of appointment in 2009.

Richards vacated office in 2013 and was succeeded by current President Anthony Carmona.

In November 2016, an Al Jazeera report falsely claimed that Richards had died after he’d been experiencing a myriad of health complications.

Here are some messages of persons leaving their condolences to the Richards' family:

Condolences to the family of former President George Maxwell Richards on his passing. I recall my interactions with him and Mrs Richards during my time as High Commissioner. He was always a gentleman and our discussions were engaging and traversed many meaningful topics. RIP.

RiP president Maxwell. That man was probably the coolest human beings I have ever met. The way he used to enjoy his moment with wife and she was just as cool too.

Rest in peace to our former President, George Maxwell Richards. Great leaders inspire greatness in others. We thank you for your service and life long commitment. Our deepest condolences to his family. pic.twitter.com/9KxnRZqnSI

The #habitatforhumanity family lost a friend today - our former Patron and stalwart supporter, former President George Maxwell Richards has left an indelible legacy. We will greatly miss his counsel. RIP Sir, and our thoughts are with your family and fri… https://t.co/HfDyudqES5 pic.twitter.com/rIAhoSzXBw

My deepest condolences to the family of George Maxwell Richards.

We join the nation in mourning the loss of George Maxwell Richards, 4th President of Trinidad… https://t.co/Gu4zqIDpgA

R.I.P Professor Max Richards. A son of the soil and one of the best Presidents of the Republic Of T&T. #RestInPeaceSire

Condolences from the Government and people of the United Kingdom to the T&T people and the family of the former President on the passing of a Statesman. Our thoughts are with you. https://t.co/uMhXe0D73r

It is with great sadness that I received news this evening of the passing of former President of the Republic of Trinidad and Tobago Professor George Maxwell Richards TC, CM.

The passing of Former President, Professor George Maxwell Richards, has robbed Trinidad and Tobago and the Caribbean of an elder statesman, academic, cultural patron and gentleman.

I was deeply saddened to learn of the passing of this country’s fourth President, Professor George Maxwell Richards, TC, CM.

The SEA exam is on for July 1st.

Over one hundred people were arrested in Tobago during the COVID-19 pandemic, State of Emergency and curfew for the month of June.

Did you know that every year in this country, roughly one thousand persons go BLIND from cataracts, and thousands more are visually impaired?

Poorly timed and unsympathetic, is how the MP for Mayaro is describing WASA's recent disconnection drive.

Trinis Must Quarantine After Arriving In Barbados

Vaccinated and unvaccinated travellers from Trinidad and Tobago will still be subject to the Covid-19 entry protocols in Barbados once its proposed travel bubble with other countries in the Caribbean takes effect on June 30th.

Following months of spending quality time with the Leeward Islands Hurricanes, with whom he was training, wicketkeeper/batsman Amir Jangoo is finally back home.